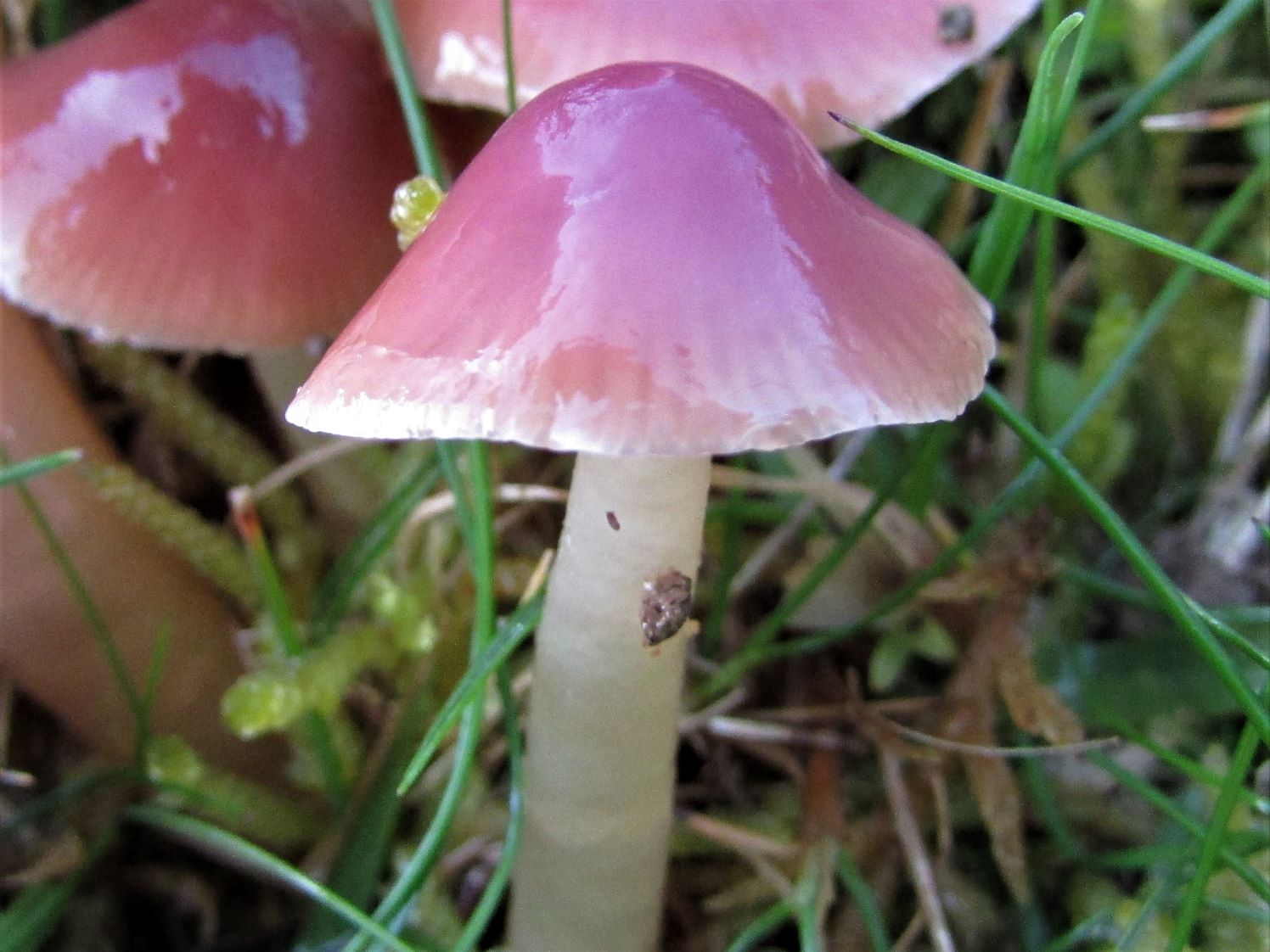 This fungus belongs to an attractive group of fungi called the waxcaps, which are often very brightly-coloured. They are typically associated with unimproved grassland and are in decline throughout Europe.

Usually appearing between August and October, the pink meadow cap is a soft pink colour, conical in shape with a pointed tip. Its stem is white or pinkish in colour and can be up to 10 cm tall.

The pink meadow cap is confined to unimproved grassland on lawns, meadows, pastures and woodland margins. Since 1990, it has been recorded on 22 sites throughout N. Ireland.

Historic changes in the population of this species are poorly recorded and understood. However, the threat to the fungus may come from agricultural improvements such as application of fertilisers or from changing methods of grassland management and the loss of grazing, leading to the development of rank vegetation and the invasion of scrub.

The pink meadow cap has been identified in the UK Biodiversity Strategy as a Priority Species. A Biodiversity Action Plan has been written which aims to protect and increase populations of this fungus across the UK.

Reserve management. Pink meadow cap fungus has been recorded on the Trust’s reserves at Lagan Meadows and Glendun.
The unimproved grassland habitat of the fungus at Lagan Meadows and Glendun is managed using traditional agriculture techniques of grazing with cattle without the addition of chemicals or fertilisers.
The Trust also manages a number of other unimproved grassland reserves, such as Slievenacloy, which are important sites for a number of other waxcap species.
Focal Habitats. Unimproved grassland is one of the Trust’s focal habitats and we aim to protect and enhance this habitat to ensure a positive impact on pink meadow cap populations.
Advice to Landowners. The Trust encourages and advises landowners to manage their land for biodiversity through the Wildlife Areas Scheme. There are currently 77 Scheme members, a number of whom own areas of unimproved grassland.
The Trust’s education programme aims to raise awareness of the pink meadow cap fungus in order to help to ensure its protection.

If you come across this fungus, please do not pick it. Record its description, preferably accompanied by a photograph, and contact the Trust with details of the exact location and the type of habitat in which it was found. This will help us gather the information needed to better understand its distribution.

Landowners with unimproved grassland on their land should contact the Trust for advice on how to graze or mow for the benefit of the fungus.

For further details on these and other endangered or threatened species, visit the National Biodiversity Network web site, the Ulster Museum website or the Biodiversity Action Plan website.